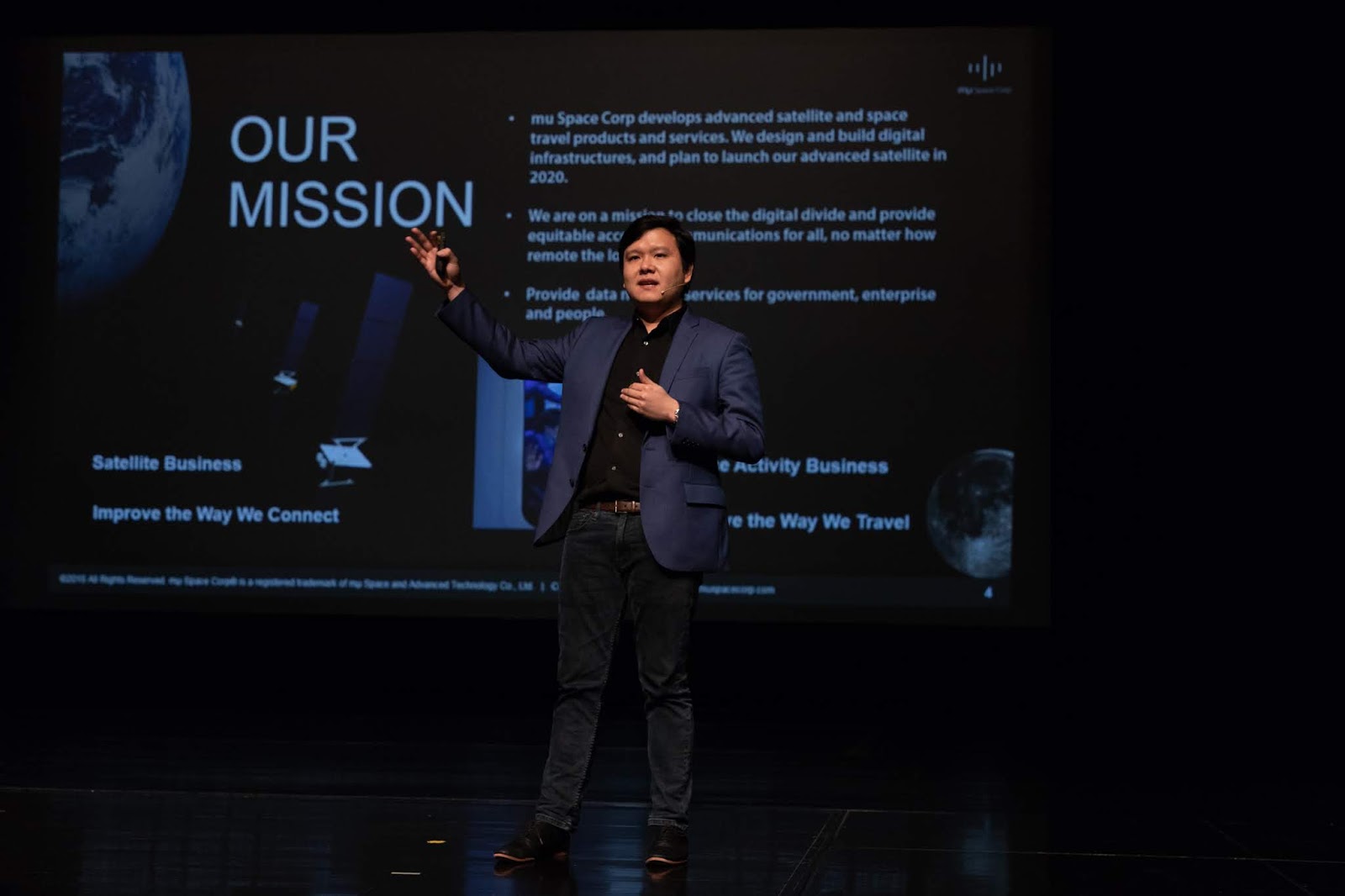 Bangkok,
Thailand, September 19, 2018 – Space technology startup mu Space Corp is on
track to developing its first Internet of Things (IoT) product that will be
powered by 5G network. mu Space’s chief executive revealed today at Thailand
Digital Big Bang that the startup is now working on finalizing the product’s
design and functionality.
“Awareness of
IoT is growing in Thailand, but adoption is still at the early stage. Despite
of this, we’re joining the IoT bandwagon because we’re optimistic that
companies and industries will realize the business value of IoT when 5G network
becomes available to us in the future,” said mu Space CEO and founder James
Yenbamroong.
According to
James, mu Space is planning to develop an IoT product like smart apparel to
collect historical health data to be used in medical diagnosis of the user.
He further
informed that mu Space plans to carry out future product tests at IoT Institute
inside of Digital Park Thailand, a technology hub which will be built on a
960,000sqm land in Sriracha in the eastern province of Chonburi.
The IoT
Institute, scheduled to be completed in 2020, will provide companies and
startups a space to research, develop and test out IoT solutions for
agriculture, manufacturing, e-health and e-commerce. The Thai government hopes
that the institute will promote the tech startup ecosystem in Thailand to
support the country’s transformation into a digital economy and its vision to
become an innovation hub in Southeast Asia.
“By working at
IoT Institute, we’re supporting the government in its digital transformation
efforts. We believe that the IoT product we develop in the future will help
improve the quality of life,” said James.
According to a Frost
& Sullivan research, Thailand’s IoT spending in 2014 was amounted to US$ 58
million (THB 2 billion) and is forecasted to increase to US$ 973 million (THB
32 billion) by 2020.
“In the future,
the proliferation of IoT in Thailand is expected to be among the highest in
Southeast Asia due to lower initial IoT spending in the past. As IoT technology
becomes more common, it’s expected that there will be a shift towards
decentralized computing, and we will see more automation and lesser
human-computer intervention,” said James.
However, the IoT
market in Thailand is not without its challenges.
“Privacy is a
major challenge to the adoption of IoT. With smart and connected devices
embedded in business processes and tied to critical functions, we must ensure
that the IoT systems we develop are securely encrypted,” said James.
Nonetheless,
adoption of IoT is forecasted to grow in Thailand, with the majority of this
spending taking place in the manufacturing and logistics sectors.
“It definitely
will develop on multiple fronts. Smart cities, industrial automation, and
increasing number of 5G-enabled mobile devices in the future will be key
factors to the growing demand for IoT,” James concluded.
Tags: NewsStartup News
Previous Post