SAB KickStart Ignite, the South
African Breweries’ (SAB) entrepreneurship programme which supports the
development of young innovators, has announced 18 finalists in the 2016
competition who are makers and creators of viable business concepts, ideas or
products.

Competing for their share of the R1.2
million grant funding, the SAB KickStart Ignite winners will be announced on 23rd March 2017.

SAB KickStart Ignite is aimed at
people between the ages of 18 and 35 years who have a commercially viable
product or idea aligned to the Manufacturing or ICT industry which makes use of
one or more of the following materials: 3D printing, leather, wood, metal,
laser and vinyl cutting, software design programs including CAD/CAM, and
electronics including development of Internet of Things technology with Arduino
and Raspberri Pi.

The 2016 SAB KickStart Ignite
finalists were selected last year and have been in incubation for six months.
During the incubation stage, these candidates have had the opportunity of
turning their ideas into commercially viable products and services, through the
support of resident engineers and business trainers. They have progressed
through technical and business mentorship, peer learning, networking and the
use of advanced technology infrastructure. 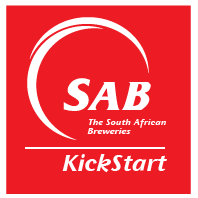 SAB KickStart was developed in May
1995 as a poverty alleviation programme which later supported the development
of youth entrepreneurship.

Some of the SAB KickStart’s  successes over 20 years include supporting,
at a total investment of over R100-million, 24 558 entrepreneurs and the
creation of 3 458 youth-owned businesses, which have each created an average of
6.7 jobs.

“The comprehensive support afforded to
participants by SAB KickStart has ensured the survival of many start-ups which
ordinarily have short lifespans.
According to an independent impact study done in 2013, at least 84% of
all businesses which participated in SAB KickStart were still in operation
after three years,” said SAB Corporate Affairs Director, Nirishi
Trikamjee.

“SAB KickStart Ignite is assisting in
the government objective of economic growth by backing these entrepreneurs and
their innovative ideas with potential to create jobs. At this early stage of
development, many banks won’t take the risk but we believe our programme
creates future business leaders.”
Tags: NewsVariety