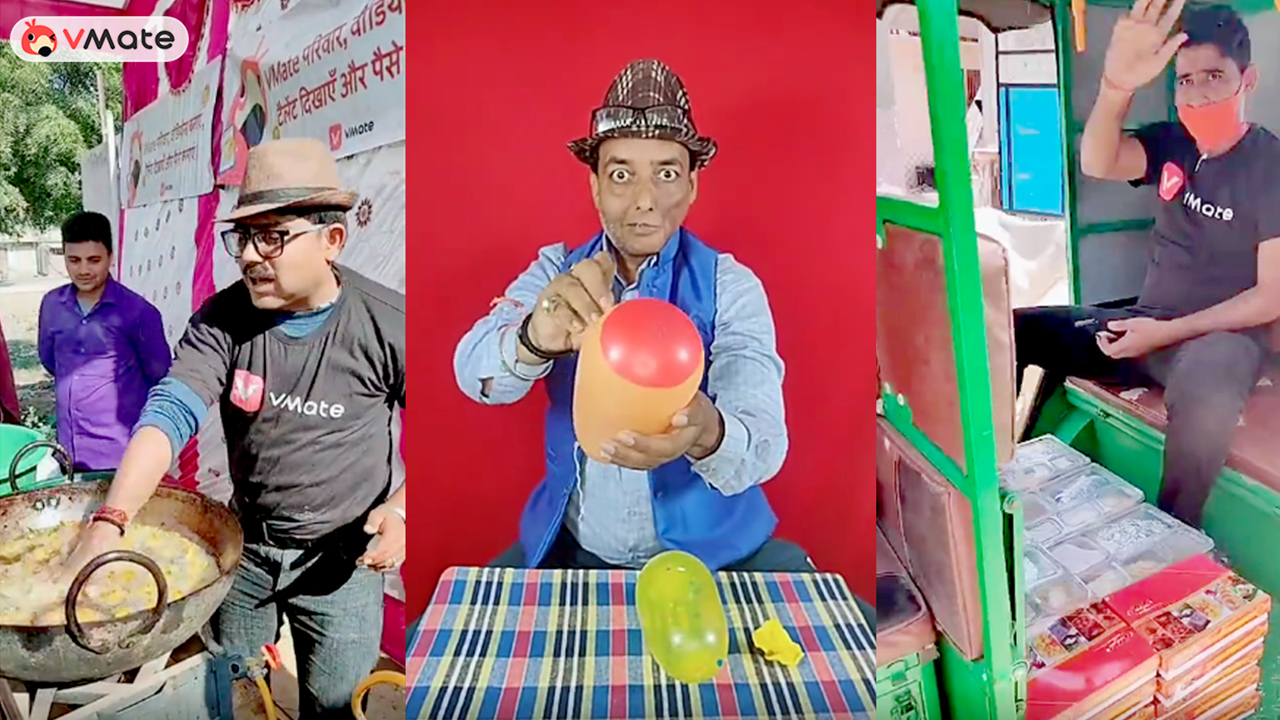 New Delhi, India, May 20, 2020- The outbreak of Covid-19 pandemic has posed innumerable challenges before us. While authorities are taking all efforts to ensure citizens’ wellbeing, several others have emerged as saviors in their individual capacity. Among these Good Samaritans are people who enjoy widespread popularity on short video platforms such as VMate and hail from different parts of the country. For instance, Abdullah Pathan from UP and Sunny Virdi from Chandigarh, who are creators on VMate, recently grabbed headlines for their noble deeds. The latest name in the list is that of Krishan Kant Ratawa aka Guruchela Magic from Tal Chhapar in Rajasthan, who is serving the frontline corona warriors.
Recently, two persons in his village got infected with Covid-19, following which the district administration imposed a strict curfew in the region. While the move was aimed at safeguarding other residents of the area, it led to increased trouble for 50-60 doctors, nurses and other medical professionals who were in the line of duty risking their lives. This is when Guruchela Magic, a popular magician, stretched out a helping hand and decided that he would arrange food for the frontline warriors. Under the banner of VMate and #GiftASmile initiative, he started arranging daily home-cooked hygienic meals for them with the help of his family members and fellow villagers.
These efforts by Guruchela Magic became successful as he got more people under VMate’s banner for the purpose. Furthermore, the earnings made through the short video app, which is around Rs 25,600 per month, also helped him turned his noble thought into reality. Notably, VMate has Rs 100 crore creator fund to support its creators, who can earn money on the platform by shooting videos.
“I got constant encouragement from VMate. They gave me the happiest day of my life when I was felicitated at the ‘Gift a Smile’ programme and also got the opportunity to bring smile to several children,” says Guruchela Magic, who is an oral cancer survivor and has dedicated his life in the service of other people. He was also a part of VMate’s CSR initiative to provide clean water in villages in Varanasi in Uttar Pradesh.
With his latest initiative, Guruchela Magic has entered the league of VMate creators who have tried their best in their individual capacity to ensure that people do not go hungry amid the toughest battle being fought by mankind against Covid-19. Recently, VMate users from remote locations in different parts of the country had shared videos wherein they could be seen distributing food among the underprivileged. Efforts of some such individuals were also recognized during the app’s #GharBaitheBanoLakhpati campaign, in which star comedian Bharti Singh awarded Rs 1 lakh to Chandigarh’s Sunny Virdi who shared a video of his mother serving tea and food to an elderly who had not eaten anything for days. Apart from this, the short video platform fulfilled its corporate social responsibility by onboarding a number of doctors and journalists to dispel misinformation about Covid-19 and bring reports from ground zero to the forefront. It is times like these when a rightful association between social media and its influencers can lead to the welfare of others who are deprived of even the basic amenities.
Tags: NewsStartup News
Previous Post

Opinion: Impact of COVID-19 on the e-grocery industry and the strategy going forward

Forbes Middle East Brings Together Startups And Investors Under One Roof

Opinion: 5 Steps Start-ups to remember and to start for growing their business