by StartUp Terminal Bureau
in Variety
0

154
SHARES
1.9k
VIEWS
Share on FacebookShare on Twitter
">
New Delhi,
India, October 3, 2019 – As
part of its efforts to improve water resilience around the world, AXA XL today
announced it has entered into a three-year partnership with international charity
WaterAid to help provide more than ten thousand people in rural India with access
to clean water.
Nearly one
million people globally die each year from diarrhoeal diseases linked to dirty water,
and poor sanitation and hygiene. The crisis has a particularly devastating
impact on children, affecting their education and health. The provision of
clean water, sanitation and hygiene could help save the lives of some 310,000
children aged under five each year.
Investing
in water and sanitation not only helps transform lives, it has financial
benefits for whole communities. Every US$1 invested in water and toilets
returns an average of US$4 in increased productivity.
Today in India, more than
163 million people are currently without safe water and nearly 732 million do
not have access to decent sanitation. As part of the new partnership, AXA XL
and WaterAid will work to provide communities and schools in the Fatehpur
district of Uttar Pradesh in Northern India year-round access to safe drinking
water, sanitation and hygiene facilities. 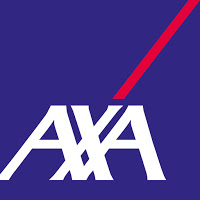 Among
other things, AXA XL’s funding will support WaterAid in creating sanitary
blocks and healthcare facilities in schools and community centres, a pipeline
water supply unit and rain water harvesting infrastructure. It will also enable
community-level training on water testing and basic hydrology, so that communities
can manage and sustain the new infrastructure into the future.
The
partnership is one part of AXA XL’s broader Corporate Social Responsibility
focus on improving water resilience, which NASA has warned are likely to be the
key environmental challenge of the century.
Speaking
about the new partnership, Derek Nazareth, Head of Global Operations and
Country Head, AXA XL India, said: “AXA XL has a long and established presence
in India, with offices in Gurgaon and Bangalore for more than
12 years. We have always been committed to supporting our local communities all
year round, but now our interest in the country goes beyond these locations,
which is why we’re proud to partner with a charity such as WaterAid to bring
clean water to some of the country’s most vulnerable people.”
Suzanne
Scatliffe, Director, Corporate Social Responsibility at AXA XL, added: “Water
scarcity is a threat to billions of people in both developing and developed countries,
and extreme weather patterns, population growth and demographic trends will
only exacerbate this problem going forward. As a global (re)insurer, developing
resilience is the essence of what we do. We’re looking forward to partnering
with WaterAid to reduce the risk of critical water shortages in the most exposed
regions.”
Marcus
Missen, Director of Communications and Fundraising at WaterAid commented: “An
estimated 3.6 billion people lived in water-scarce areas in 2016, and that
number is expected to increase to around 5 billion by 2050, while a staggering 2
billion people currently live without access to basic sanitation. This global
crisis requires urgent action as these basics are vital to overcoming global
poverty.  We’re therefore delighted that
AXA XL will be joining us on our journey to achieving a world where everyone,
everywhere has access to clean water, improved sanitation and good hygiene.”
Tags: NewsVariety