A recent study conducted by
AddressHealth, a pioneer in primary healthcare for children stated that 20.7
percent kids in Bangalore schools are overweight or obese. In a report titled
‘AddressHealth’s School Health Check Findings-2016’, the company listed down
the findings based on screenings of nearly one lakh children in over 100 schools
from Bangalore in 2016. 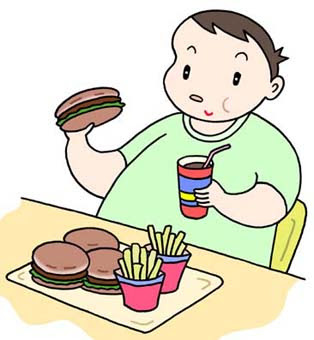 The study also
highlights that nearly 1 in 7 children have waistlines (waist to height ratio>
0.5), which put them at risk of lifestyle diseases such as coronary heart
disease or diabetes, in their adult life. Dental hygiene is not accorded much
importance even by middle class parents with nearly one third of children,
having dental caries. Moreover, the study identified that 13.6% children are
suffering with vision problems.

The prevalence of childhood
obesity is increasing globally. Excess calorie intake or insufficient physical
activity or both, lead to overweight and obesity. Also, various genetic,
behavioural, and environmental factors play a role in its development.
Childhood obesity is a forerunner of metabolic syndrome, poor physical health,
mental disorders, respiratory problems and glucose intolerance can track into
adulthood. Developing countries like India face the problem of ‘double burden’
where at one end the country has obesity in children and adolescents while at
the other end it has undernutrition.

Although parents are
very concerned about children’s health, they do not take issues such as obesity
or dental caries very seriously. To address this gap, AddressHealth has taken a unique
initiative in supporting and encouraging schools in Bangalore to adopt primary
healthcare practices in schools by partnering
with the Parikrma Humanity Foundation, a leading NGO in the field of
education  to present ‘The
Parikrma Address School Health Awards’ to
schools which adopt school health practices and innovations.

In line with this, Dr. Anand Lakshman, Chief Executive Officer,
AddressHealth, said, “At AddressHealth we
try to reachout to maximum students to deliver preventive healthcare facilities&
services at schools to make children healthy and happy. Last year alone, we
found nearly 170 children with undiagnosed heart murmurs in schools, some of
whom will need surgical interventions.”

This year Parikrma
Humanity Foundation & AddressHealth again
jointly invite applications from all schools in Bangalore for The Parikrma
Address School Health Awards 2017. The
awards would be announced at a glittering ceremony in the last week of
February. The application forms can be downloaded from www.schoolhealthawards.com. The last date for submission is February 10,
2017.
Tags: Variety
Previous Post