153
SHARES
1.9k
VIEWS
Share on FacebookShare on Twitter
">
New Delhi, India, July 03, 2019- India’s much awaited Union Budget for the fiscal year 2019-20 will be presented by the Finance Minister Nirmala Sitharaman on July 05, 2019. This budget is expected to lay focus on start-up eco-system in the country and announce various incentives for the next few years. 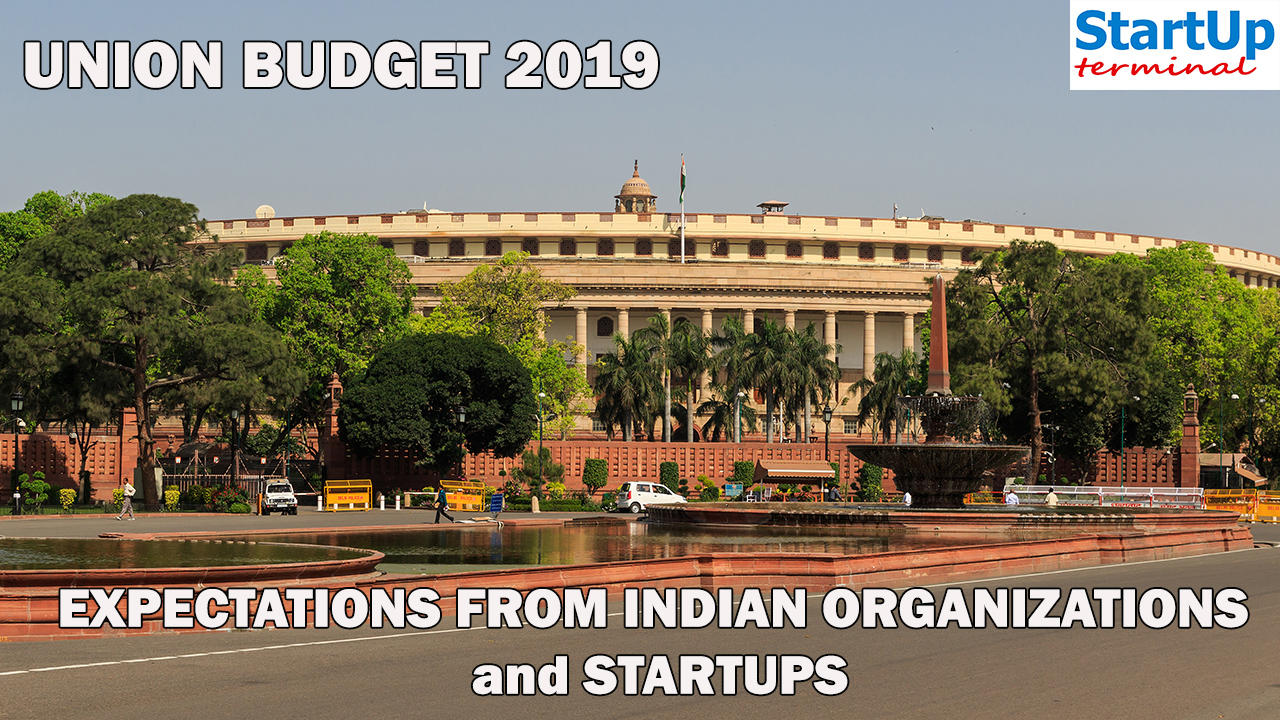 Parimal
Shah, President International Operations, MK Jokai Group:  “The GDP growth for the
last quarter of the fiscal year 2018-2019 was estimated at 5.8%, which is the
lowest it has been in the last five financial years. While the increasing of
exemption for angel tax to Rs 25 crore capital in the Interim Budget earlier
this year was a welcome move, we expect an angel tax holiday in this budget. This
is important considering that a lot of the disruptive innovations and job
creation comes from the startup ecosystem, which is the need of the hour since
unemployment is at a four-decade high of 6.1%. We also want the government to
provide higher tax exemptions for small businesses, ease the regulatory norms
and come up with a single window clearance to ease the compliance process which
will encourage entrepreneurship and promote India as a start-up hub in
alignment with the Startup India initiative by the Government of India”

Nishcal
Chaudhary, Founder & CEO, BattRE: “We are expecting the
government to give a relook at the EV policy and recently announced FAME 2. Electric
mobility needs lucrative and long-term policy support to incentivise demand on
the consumer side and to foster a manufacturing ecosystem to fulfill the
increased demand.

Current
local consumption is too small to be competitive on pricing, we need a focussed
programme to build scale which will help in matching pricing and quality of
local components’ manufacturing vis-a-vis China.”

Kumar
Abhishek, CEO & Co-founder, ToneTag: “Among various
agendas, Prime Minister Narendra Modi has taken steps to promote young
entrepreneurs in the country. The startup ecosystem is eyeing the Union Budget
2019, as the government is slowly recognizing the potential of startups and
framing policies that create a favorable environment for them. While the
Startup India Scheme has definitely provided multiple benefits to startups in
the form of easy license clearance, tax cuts, and minimum regulatory
interference, there is still scope for many more reformative policies which
will further ease out the journeys of start-ups.”

Alok
Mittal, CEO & Co-founder, Indifi Technologies: “Credit
inclusion for MSMEs is a critical imperative to enable growth and job creation
in India. We expect the upcoming budget to define concrete steps to mobilize
access to financial services and empower the fintech companies that facilitate
them. For instance, facilitating access to wholesale capital, and extending
credit guarantee schemes such as MUDRA can help in bolstering the impact and
reach of these initiatives. Similarly, opening up API based access to data
within government and banking domains can help expand the reach of digital
credit.”

Dilip
Modi, Founder and Chairman, DiGiSPICE: There is great anticipation
around the presentation of Union Budget 2019. After a consecutive majority
mandate received by the BJP and this being new Finance Minister Nirmala
Sitharaman’s maiden budget, market stakeholders are following the proceedings
with keen anticipation. Also, the strength of its electoral mandate enables the
government to initiate long-term transformational projects. Technology will
play a great part in this transformation and already we can see various
projects under the National e-governance plan taking shape across states.
Maharashtra has set an example of optimized digital adoption and we can see the
central government and many other states adopting AI, machine learning and data
analytics to bolster public service framework.

Dedicated
‘Special Digital Zones’ like SEZs, operational subsidies, reducing import
duties on essential hardware and components, guidelines to safeguard
Intellectual Property and development of institutions to aid in upskilling are
areas that will continue to receive focused attention. Incentives can be
expected to promote greater adoption of digital solutions in the SME and MSME
sector. As india emerges as a service-sector driven economy for the long run,
digital infrastructural investment, both for enterprises and for the nation,
will become essential. The Union Budget 2019 will feature decisions that go a
long way in optimizing the transparency and judicious utilization of resources.
There is a great opportunity for us to use Aadhar as an authentication platform
to drive financial inclusion across semi urban and rural India.

Ankur Choudhary, Co-Founder and CIO,
Goalwise: “The
Modi government’s first budget was a major hit among the salaried class, and
rightly so. It had increased the investment limit under Section 80C. Since it
has been 5 years since then, we expect the government to revise the Section 80C
upwards from 1.5 lakhs to at least 2 lakhs given the inflation. While the
corporate tax rate was lowered for MSMEs last year, we are now expecting the
same for businesses of all sizes. On the personal finance front, the government
should consider widening of tax slabs as per CII recommendations, i.e. no tax
up to 5 lakhs (not just a rebate but a revision of tax slabs), 10% between 5 to
10 lakhs, 20% for 10-20 lakhs and 30% beyond 20 lakhs.

Moreover,
LTCG is currently applicable on Equity MFs, but ULIPs continue to be tax-free.
We want parity between ULIPs and Mutual Funds in terms of taxation.
Additionally, removal of SST (Securities Transaction Tax) and simplification of
GST slabs should be the top priorities of the Modi government 2.0.”

Ankush
Aggarwal, Founder, Avail Finance: “Avail Finance provides
credit to borrowers in a space where a substantial credit gap exists by
providing adequate and timely loans. The government needs to create a strong
regulatory body for the non-banking financial sector to address problems like
the liquidity crunch in the sector while boosting the confidence of lenders and
borrowers. This will ultimately lead to easier credit for the poor and needy,
in-line with the government’s plans for financial inclusion. In addition, we
are also hoping to see some incentives for startups and an overall reduction in
corporate tax.”

Arjit
Soni, Founder, MYBYK: “I am hopeful government will
increase expenditure on Urban Public Transport significantly in the budget.
Cities need more modern buses if they want to encourage people to shift from
private to public transport. Further, we expect government to waive off GST on
cycles (for bike share). On one hand government is subsidising electric
vehicles and on the other it’s taxing cycles which are already environment
friendly. Bike share has a huge tax disadvantage over the informal transport
which doesn’t pay anything and this tax break would help us become more
competitive”

Rajan
Sharma, Founder & Chief Executive Officer, Excess2Sell.com: “Although
e-commerce in India is still in its growth stage and the market will evolve in
its own unique way, the same holds true for the regulatory requirements as
well. As one of India’s leading e-commerce companies in the B2B domain, we hope
that the Union Budget will address issues specific to e-tailing. Presently
heavy online discounting, predatory pricing, preferential treatment to select
sellers or monopolizing of the market is rampant and unchecked. This is
creating an imbalance across the whole partner and fulfilment ecosystem
affecting both online and offline B2B businesses. Since we serve both sides of
the B2B space, we understand there is an urgent need to address the
aforementioned concerns. As a platform that is neutral to both sellers and
buyers, we feel confident and hope that the Government will make changes in the
policy framework to help e-commerce grow organically based on positive, genuine
parameters and not on a discount driven model which eventually will hurt the
overall ecosystem,”

Acronis, the global leader in cyber protection, receives more than $250M investment at a $2.5B valuation