153
SHARES
1.9k
VIEWS
Share on FacebookShare on Twitter
">
Cialfo, a Singapore-based education technology (edtech)
startup that successfully places over ninety percent of its students in Top 50
U.S. and Top 30 U.K. universities has raised an undisclosed amount in
pre-Series A funding. The investment was led by Singapore-based Govin Capital,
who partnered and encouraged Mr Koh Boon Hwee, Former Chairman of Singtel, DBS
Bank and Singapore Airlines to co-invest in Cialfo.. A number of angels with
significant experience in scaling high-growth businesses also participated.
Funding will be used for product development, recruitment and expansion into
high-priority growth markets China, India, and Southeast Asia.

Cialfo was co-founded in 2012 by Rohan Pasari and Stanley
Chia in Singapore to make tertiary education more accessible to students. It
does this by streamlining the U.S. and U.K. university application process with
a unique combination of an online platform, together with expert mentoring.
With its Pre-Series A funding, Cialfo is now looking to expand its Asia
footprint through software-as-a-service (SaaS) platform offering to education
institutions and private college counsellors. Its solutions are available
across web and mobile (iOS, Android). 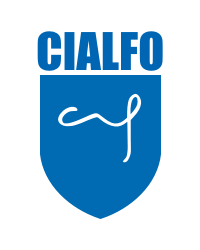 Rohan Pasari, Co-founder and CEO of Cialfo, said: “Cialfo
has seen remarkable growth the last four years; we now look to accelerate
through strategic partnerships beyond Singapore and Southeast Asia.  Cialfo now works with some of the leading
private college counsellors and high schools across Singapore, China, Vietnam,
and India. We will now reach more students, tapping into the multi-billion
dollar a year opportunity of helping Asian students find their ideal
university.”

The annual market for Asian students enrolling into US/UK
universities is pegged at US$4 billion. That goes up to US$80 billion per year
for global students enrolling into universities. According to the Institute of
International Education (IIE), around 627,306 Asian students studied in the
U.S. in 2014-15. Of these, 304,040 originated from China and 132,888 from
India. The British Council estimates 493,570 international students are in
U.K., as of 2013-14, of which 92,915 (18.8 per cent) and 21,000 (4.3 per cent)
are from China and India respectively. Forty million students enter university
every year; this is expected to double by 2025.

Anand Govindaluri, Founder and CEO of Govin Capital &
Board Director, Cialfo, said: “Working with thousands of students in Singapore,
and across Asia, Cialfo’s understanding of the pain points faced by educational
institutes, consultancies, and students has enabled it to build innovative
platforms and tools that are seeing rapid uptake within the education
ecosystem. We observe an increasing trend in the number of Singaporeans and
students in Asia for overseas ivy-league universities. We are delighted to
partner with veteran investor Mr Koh Boon Hwee to make Cialfo a world-class
local brand in EdTech. I also thank Funded Here, Singapore for introducing
Cialfo to us”
Koh Boon Hwee said: “Cialfo’s vision to democratize
university admissions is admirable. Every student deserves the best education
they can get; it remains the single most important decision for a young person
today. Cialfo is trying to use technology to help them secure that opportunity.”

Rayden Yongxiang Chia, a Nanyang Polytechnic student
popularly known as Mr MIT Singapore, was accepted into Harvard, Massachusetts
Institute of Technology (MIT), New York University (NYU), and Carnegie Mellon
University (CMU) for the 2016 intake thanks to Cialfo.Rayden said: “Cialfo
helped me understand that I needed to express myself clearly. They helped me
strategise my college application to answer every single question with new
aspects of myself. This really helped admissions counsellors diversify the different
perspectives of looking at me and I think that really made a difference.”
Tags: FundingStartup News

International Women’s Day: Interview with Bex Gold, Founder of The Department of Brands