153
SHARES
1.9k
VIEWS
Share on FacebookShare on Twitter
">
Johannesburg, South Africa, April 23, 2018- In the first year of its Public
Interest Commitments (PIC) agreement, South African Breweries (SAB) made key
investments in Agriculture, Enterprise Development and Societal Benefit
programmes in South Africa. Of the total R1-billion fund investment commitment
over a five-year period, SAB committed a total of R209-million in 2017 into
projects within the three focus areas.

The first year achievements of the PIC were announced
today at Lukhanyo High School in the community of Mohlakeng, approximately 45km
west of Johannesburg. The community of Mohlakeng is one of the beneficiaries of
the PIC agreements through the construction of a sports court at Lukhanyo High
School. SAB has partnered with The Sports Trust Fund to deliver quality, safe,
sustainable sports infrastructure that are located at needy schools and
accessible to the community at large. The multi-sports court is one of the
first to be erected with further facilities to be constructed this year as per
the PIC agreement.
The Public Investment Commitments were agreed on with
the South African government at the time of the integration between SABMiller
and AB InBev at the end of 2016 and endorsed by the South African Competition
Tribunal. The aim of the investment is to bring economic and broader societal
benefits to South Africans over a period of five years.
The investment fund is managed by an Implementation
Board with equal representation from government and AB InBev to help establish
and maximise the impact of projects developed. 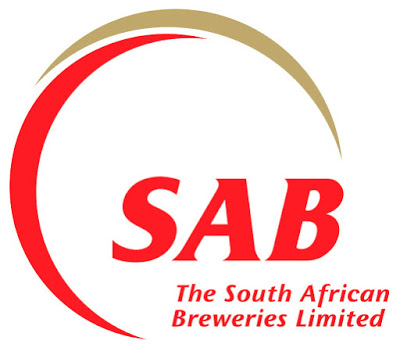 “We believe in the future of South Africa, and we know
that investments by companies such as ours can be truly transformative in
changing individual and community lives. Our significant footprint in the South
African economy and our extensive value chain mean we have a unique opportunity
to leverage what we already do best. We are committed to help change the face
of South Africa’s economic demographic through the smart development of our
suppliers and of entrepreneurs in the wider economy. We are also in a position
to support emerging farmers, enhancing the hops and barley sectors and playing
a part in building the skills we need for food security,” says Ricardo Tadeu,
Zone President SAB and AB InBev Africa.

A substantial portion of the R1-billion AB InBev
investment fund is allocated to Agriculture – 61% or R610-million over five
years. This will drive SAB’s efforts to support new emerging farmers and
towards growing the South African agricultural sector to become a net exporter
of barley and hops.
“We consider Agriculture to be the area of the
greatest opportunity for economic renewal and impact and we will seek to use as
many local materials as possible to brew our beers. We believe this will help
achieve governments’ ambition to deepen the industrialisation of South Africa
and create employment, especially among the youth,” says Tadeu.
The PIC agreement has the intent to create 2 600
jobs in the Agriculture sector. SAB has expanded this commitment to create 10 000
jobs across sectors, primarily through entrepreneurship, over a period of five
years.
Five-year commitment in Agriculture:
·
Increase
new emerging farmers by 800
·
Increase
new commercial farmers by 20
·
Expand
annual barley production to 475 000 tonnes
·
Strategic
intent to create 2 600 new jobs
·
SA
to become a net exporter of 10 tonnes of hops and 65 000 tonnes of malt
·
Invest
in and utilise SA Research and Development and Technology to benefit emerging
and commercial farmers
·
Create
new business opportunities in the Agriculture sector
In 2017, the focus was on investment in research and
development; the establishment of an Agriculture Task Team aimed at delivering
value and facilitating alignment with government stakeholders, including the
Department of Agriculture; and the establishment of Farmsol, an emerging grower
development implementation partner for SAB and the agricultural industry. Other
focus areas included the integration of SAB’s existing emerging grower
programmes, Women in Maize and Go Farming; and the development of a Model Farm
pilot in Caledon to establish best farming practices which can be replicated
across the farming sector.
The total spend in 2017 on Agriculture was
R117-million.
A total of R200-million has been committed to
enterprise development over five years and focuses on building sustainable
enterprises within the communities in which we work, with the vision of
developing opportunities for young people to enter the economy and to provide
them with skills training.
Five-year commitment in Enterprise Development:
·
Establish
a dedicated business incubator facility
·
Provide
new and existing suppliers as well as entrepreneurs with business training
·
Employ
10 dedicated business coaches and 10 engineers to support the supplier and
entrepreneur programmes
·
Provide
an online interactive training course for suppliers and entrepreneurs
·
Assist
supplier transformation to black-ownership
In 2017, our enterprise investment focused on growing
SAB’s local supply chain and transforming small businesses. A total of
R67-million was invested in enterprise development initiatives which included
the launch of a business incubator, the SAB Accelerator, a dedicated programme
focused on developing black-owned and black women-owned suppliers and content development
for online entrepreneurship training programmes through SAB KickStart. In
addition, ownership transformation of businesses in our supply chain was
undertaken through the SAB Thrive Fund, and in 2017, through the SAB Thrive
Fund, the first black woman hops farm-owner in George was established.

The final tranche of R190-million of the R1-billion
fund is earmarked for societal benefits.
Five-year investment in Societal
Benefits:
·
Support
and develop alternative energy use in SAB operations
·
Support
education and the use of alternative energy within SA communities
·       Promote
a sustainability programme aimed at reducing waste, encouraging recycling and
preserving water
·
Enhance
current youth sports programmes and establish afterschool educational
initiatives
·
Fund
40 engineering and agronomy scholarships
·
Sponsor
an additional 200 learnerships for those who have no formal education and the
unemployed
In 2017, the total spend on societal benefits was
R25-million.
In addition to these three areas of focus and outside
of the PIC investment, using SAB funding of more than R133-million in 2017, SAB
has supported programmes to reduce the harmful use of alcohol, especially among
the young.
Some of the harm reduction initiatives in 2017
included the SAB 18+ Be the Mentor campaign, a call to action for adults to
become role models in the fight against underage drinking, and the launch of
the SAB Smart Drinking Squad to educate and empower licenced tavern owners,
their patrons and local communities to use alcohol responsibly. Other
initiatives included investing R40-million in tavern upgrades in Western Cape,
Kwa-Zulu Natal and Gauteng to enhance safety; the SAB Smart Trader Programme to
educate retailers on smart trading and compliance; the launch of an
alcohol-free beer, Castle Free; and the launch of Carling Black Label’s
#NoExcuse campaign to address gender-based violence.
Tags: NewsStartup News