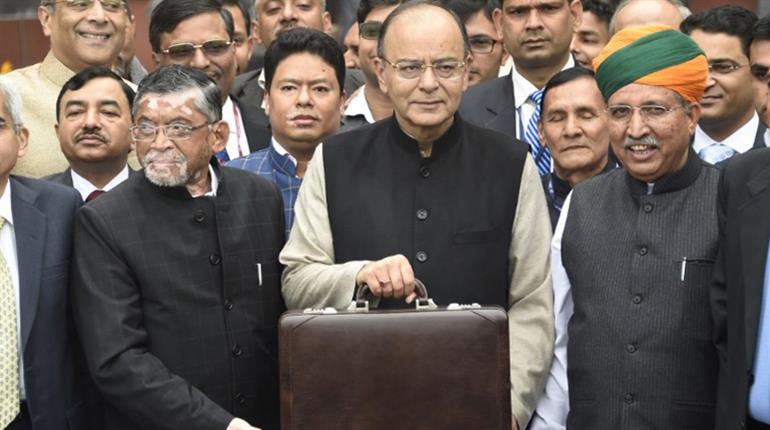 “The launch of the Incredible India
2.0 campaign will result in greater tourist interest and inflow from overseas,
creating a huge demand and opportunity for the Indian hospitality industry. The
proposed creation of 5 special tourism zones in partnership with state
governments will also provide excellent fillip to domestic tourism. It is
encouraging to note the government’s focus on infrastructure development as it
forms the backbone of tourism and hospitality sector. Furthermore, reduction in
tax rate for SME and the push towards digital economy by de-incentivizing cash
transactions will support new-age businesses and start-ups.”

“I see this budget as reformist that
gives a clear roadmap for the future course of economic growth in the country.
The renewed emphasis on digital payments or transactions will strengthen the
cashless economy and enhance the sale of mobile phones and make them the centre
piece of the digital revolution, spurring their demand at the grassroots level.
The Budget also makes an honest attempt in checking the funding of political
parties and focuses on fundamental reforms by giving outlays for farmer
incomes, rural upliftment and relaxing income tax. These steps will further
give an impetus to consumer demand and act as a catalyst in accelerating and
expanding the economy.”

This budget has tried to balance the need of equity with growth and fiscal prudence and for that it is laudable. However, it remains to be seen if enough has been done to give the necessary fillip to private investments. In the education sector, the proposed National Testing Agency seems promising but it is the detailing that will truly determine its success.

“I wish to congratulate our Prime
Minister, Shri Narendra Modi, and Finance Minister, Shri Arun Jaitley, on such
a people-friendly budget, which is directed towards recovery after the cash
crunch and demonetization. In terms of development schemes and reduction of
taxes, it will certainly be beneficial for the lower income group, the rural
sector, as well as the middle class. The Finance Minister himself announced in
Parliament that this year’s budget is for the poor. It is very commendable that
the Government has allocated funds for the housing sector, to provide housing
for the poor and middle class. This is bound to lead to creation of jobs in the
building sector. Income tax and Corporate Tax have been reduced. This should be
a boost for industry. Reduction of income tax will be more than welcome by the
middle class and salaried people. The budget aims at improving the state of the
poor, the farmer, the underprivileged, rural and urban development. I would
like to go with what Prime Minister Modi said; this is a budget for the future
for farmers, underprivileged, transparency, urban rejuvenation, rural
development and enterprise.”

“With the recent demonetization
exercise, India has undergone a massive transformation from a cash-dependent to
a less-cash country. Keeping the focus on enhancing digital payments a lieu of
measures have been undertaken by the Finance Minister. We are happy to see that
the Finance Ministry is striving to combat grievances in the digital payment
ecosystem by setting up new payments regulatory body which will further
encourage digital transactions. The Budget has advised the banks in India to
set up Aadhar based POS terminals by September 2017 which will hugely benefit
the masses.

We welcome the government’s move to
exempt POS machines and iris reader manufacturers from several indirect tax duties.
Deduction in charitable cash donations to INR 2,000 and setting  a limit of cash transactions to INR 3 lakhs
will accelerate the adoption of digital payments and help in curbing the menace
of tax evasion.  These initiatives will
immensely boost digital payments to the remotest of areas in India and help in
enabling financial inclusion.”

“This year’s Union Budget has brought
in many cheers for common people as well as start-up community. The effort made
by the government to provide fewer burdens on the common people is really
commendable. Deduction of tax rate for small businesses will definitely help
Start-ups as well as SMEs across the country. The budget seems to be more
futuristic and we can expect benefits in the long-term. Implementation of GST
will lead to many proposals into reality.”